The path to pro-cannabis leadership has been rocky in Pennsylvania. There are still obstacles ahead, mainly our lawmakers who’ve prioritized the multi-state corporations’ needs over the needs of the people.

On Tuesday, some Republicans joined all Democrats in electing a new speaker of the House, Rep. Mark Rozzi of Berks County. With his vote for HB 1024 in 2021, Rep. Rozzi prioritized corporations over patients, including those with PTSD. When patients rallied for home cultivation and DUI reforms, Rep. Rozzi voted to clear additional pesticides and mold remediation for the multi-state corporate operators, while ignoring patients’ calls for real reform.

“I think that people understand that Harrisburg is broken and they see it caters to powerful corporations and special interests, and in doing that leaves families behind,” said Michelle Dugan of Reading, PA.

Rozzi is an outspoken victim of alleged sexual abuse in a Berks County parochial school. He was a chief advocate of legislation by Rep. Jim Gregory (R-Blair County) to enable victims to sue their alleged abusers beyond the original statute of limitations. Gregory nominated Rozzi for the speaker role.

”After what happened, I suffered severe post traumatic stress syndrome. And in ninth grade, somebody offered me a joint. And that night, I was able to sleep through the night without having any horrible dreams.”

In 2017, Rep. Mark Rozzi rallied for legalization with advocates in Harrisburg.

"And I ended up using it basically through high school and college. And that's what got me through my pain....And my friends who didn't smoke and ended up taking pills? They're dead today," shouted Rep. Rozzi at the rally in 2017.

Overall, Pennsylvania House Speaker Mike Rozzi has made a strong case for the legalization of cannabis in the state. From the potential economic benefits to criminal justice reform and improved public health, there are numerous reasons why Rozzi and other supporters believe that the time has come for Pennsylvania to legalize and regulate cannabis. 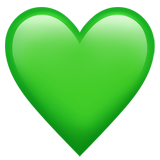